skip to main | skip to sidebar

Newsflash: I'm right and you're an idiot

Ooooohh... so now everyone is freaking out over it. Now that a story comes out in Wired saying that massive bee death is threatening our food supply, suddenly everyone is going apeshit about it. Hey, I've only been saying it for oh, five years or so. But don't listen to me. Hell, people aren't even going to listen to the nerd bags over at Wired. No one is going to listen to anyone about this until they go to their local ShitMart for a grocery run and find nothing but a few cans of Spam and some toilet paper. BECAUSE BEES MAKE FOOD.

I don't know how many times I can say it before you douche bags take it seriously. I mean, you've got scientists saying it and to be honest, that should mean a hell of a lot more than the ravings of some random bee blogtard, but it doesn't. Actually, any issue scientists care about seem to get ignored. Hmmm.. maybe that should inform our future bee saving strategy. We need to stop the scientists from speaking out on this issue, and instead get dumbass media outlets and pandering politicians to talk about it. So here's the plan:

1. Nude celeb photos involving bees. You know, a Ke$ha nipple slip caused by a dead bee. That will get the Huffington Posts of the world excited enough to start posting Top 10 dead bee apocalypse drawback lists.

2. Convince Tea Party buffoons that dying bees is a Libertarian cause. Not sure how to do that. Either connect this to higher taxes and gun rights or perhaps manufacture a fake lost Ayn Rand bee love document.

That's a lot of work guys. We need to get busy. And by we I mean me because you don't give a shit because you're too busy trying to get retweeted about trivial nonsense because you are an entitled twit like everyone else in this stupid first world. High five.
Posted by dustin at 2:29 PM 8 comments: 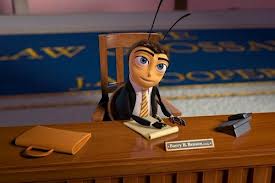 Oh, look who it is. The fucking bee guy. You thought he was dead. But he's not. And he is I, and I is back. Why? Because the motherfucking bees are about to have their day in court. That's right. Beekeepers are suing the EPA for not protecting the bees, and like I told you before, if the bees die, it's not just the beekeepers who are screwed—it's you, me and your stupid mom.

Yeah, I said it from the beginning. The bees are dying and it's because we're all a bunch of assholes who let some chemical dick faces run around spraying toxic shit everywhere so they can make a nice profit. Meanwhile everything is fucked, from the bees to the trees to your face. So suck on that when you don't have anything to eat because the food chain is ruined without bees and you realize it's your fault for being a lazy ignorant pussy too busy watching Game of Thrones to take five minutes and read up about how the world around you is dying and maybe even do something to stop it.

We better all hope these beekeepers are successful—which of course they won't be because the government is bought and paid for by rich assholes with big houses and shitty taste in music (that's just an assumption but I'd bet on it). Thanks, everyone.
Posted by dustin at 5:17 PM 1 comment: 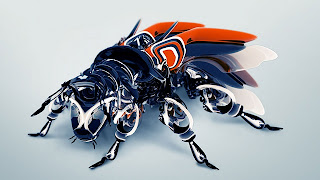 Boy, if this isn't giving up, I don't know what is. The bees are dying, mostly because of us, so what should we do? Save them? Stop doing shit that kills them? Nah, fuck that—let's replace them with robo-bees.

Is this not unfucking believable? Apparently it's easier to build cyborgs than it is to stop using fucked up pesticides. Yup. That's the human race for you. Hey, maybe instead of curing cancer we can just invent artificial technology and then robots will replace us, just like in the movies.
Posted by dustin at 12:27 PM 13 comments:

Posted by dustin at 7:31 AM No comments:

Are the bees really busy?!!!

Okay, really?! So now we're not just killing the bees—we're questioning their work ethic! Are you fucking kidding me? Oh yeah, sure, bees, they are lazy fucks. They just hang out in the hive, throw back honey shots, maybe once in a while flutter around a field sniffing flowers. That's about it. Oh yeah wait, there's also that part where they pollinate more than half the crops that feed the human race. Just that. No big deal. It's easy. Not really a job—more of a hobby.
You know what would be better? Blogging. Bees should stop this whole stupid pollinating thing and go churn out some posts. You know, maybe get into the whole meme thing, start a cat Tumblr, that sort of thing.
Yup. Bees, you lazy shit buzzers. Get a job. Seriously.
Posted by dustin at 6:13 AM 1 comment:

It has really got to suck being a be. Now even other bugs are being assholes to them.

Some guy in New York just got fined $2,000 for not watering his bees. But then he got all upset and called his city councilman and they got the fine dropped to just a warning. What do I think about this? Well, it's nice the guy has bees so he shouldn't be fined for it. And it's nice there actually is a bee official who could fine someone for not taking care of bees. So all in all this is a great story. Except for the part about all the dead bees and the end of the world and how that hasn't changed a bit. But as long as we have nice little human interest stories for local newspapers, that's all that matters right? HAHA DID YOU SEE THE STORY ABOUT THE BEE MAN HAHA LOL ROFLOL FORLOFLFORLOFLOLF!!!!111!!!11PWNED!!!!! Oh wait, the food chain of the planet is collapsing—BORING.
Posted by dustin at 11:53 AM No comments:

The beeginning of the end?

There used to be lots of bees everywhere but now there's only two or three left. And when those last bees die, that's it—the end of the world. Because bees make apples and grass and corn and without them the whole food chain is going to be destroyed and farmers will go bankrupt and nobody will have anything to eat and it'll be like The Grapes of Wrath except it will be called The Bees of Wrath.